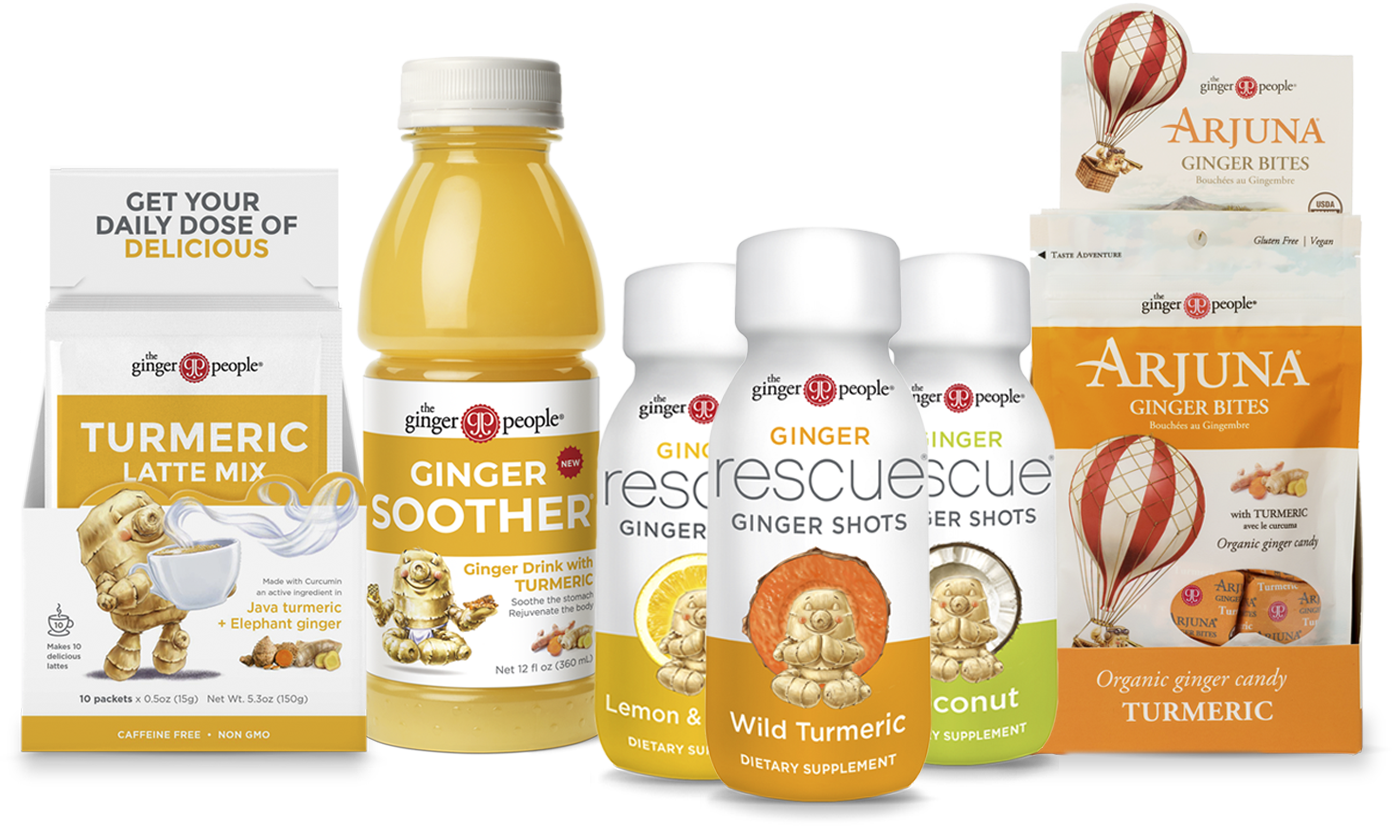 The Ginger People®, which markets the world’s largest variety of ginger-based consumer packaged goods, is bringing turmeric into its fold, with the launch of three new turmeric-infused drinks at Natural Products Expo West 2018.

A member of the ginger family, turmeric is one of the fastest growing functional foods and for The Ginger People®, a logical extension to the brand:

“We’re all looking for something healthy yet tasty that is closer to the earth, and we believe turmeric is something people believe in,” said The Ginger People co-founder Abbie Leeson. “Like ginger, it’s another great example of a functional food that tastes good and ‘does good’.”

Turmeric owes its health promoting properties to the chemical compound Curcumin, which has powerful anti-inflammatory and antioxidant effects. A fellow warming spice, it can also help to improve digestion and circulation.

Each of the new turmeric products is made with either Javanese turmeric or Aromatica turmeric from Fiji, both arguably more effective than the common turmeric (Curcuma Longa), and with ginger, of course.

Tapping into the trend for superfood lattes, there’s a deliciously mellow Turmeric Latte Mix, a turmeric-based version of The Ginger People’s Ginger Soother elixir beverage and a potent Wild Turmeric Ginger Rescue® Shot, one of three health shots to launch at Anaheim.

From March 9-11 you’ll find the new additions to The Ginger People® family at Expo West, in Hall A, Booth 342. Be sure to join us for a turmeric latte or to toss back some shots!

Following Expo West, all four turmeric products will launch nationwide in the U.S. The new Ginger Rescue® Shots will also debut in the Scandinavian market, where daily ginger shots are wildly popular.